Biography
Alune, whose full name is Alioune Wade, grew up in a musical environment. His father was a director of a symphonic orchestra of the Army. Alune's interest in music came as early as when he turned 6 years old, and at 13 he decided to play bass. His mother was very much against a musical career but with the help of his father he took lessons even if he had to walk for kilometres to see his teacher.

When he was 16, his father let him replace an absent bass player in his orchestra and for two years he learned thus to play in a group. At 18 years old, he was recruited to play with Ismael Lô, which enabled him to tour around the world. His work enabled him to get known and meet influential artists, such as Joe Zawinul.

After having worked with Ismael Lô for about six years, he has engaged a solo career and recorded a first solo album « Mbolo », released in France in 2006. Besides playing bass, he also sings on the album, and he invited a variety of musicians to join him. The music is a tasteful mix of mbalax, salsa, blues, jazz and reggae, recorded in the home studio of Paul Thieri Oliveira (Ismael Lo's keyboard player) in Dakar, and finalized in France. A year later, in May 2007, he presented his debut album in Senegal. 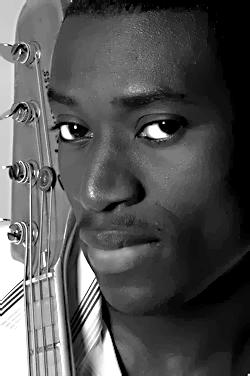