Biography
Pape Armand Boye grew up in Senegal with his brother Badou Boye. Influenced by mbalax music, but also by folk, soul, blues and reggae, he developed his own style of African acoustic music. He performed with his brother Badou and together they formed a duo Tama. They performed at an important anti-apartheid festival in 1991 (along with Youssou N'dour and Peter Gabriel), and at the Africa Fête Festival in 1993. After a stay in Gambia, they returned to Senegal where they recorded a first album in 1997, « Woyou Talibe », an album considered influential in promoting acoustic music to young African musicians. The album was recorded in Youssou N'Dour's studio. The two brothers continue to perform together (in 2002, they recorded an album « Sésame Sant » in Germany), but they also try to make a name of their own individually.

Since 2000, Pape Armand works in Europe (Paris and Hamburg) and North America (New York) as a studio musician but he also is a composer, arranger, producer, vocalist, bassist and guitarist, and he works occasionally for other artists. This broad experience is reflecting in the variety of influences, his musicality and the depth of the lyrics, often addressing issues as love, human suffering and political conflict. He sings in Wolof, french and English. 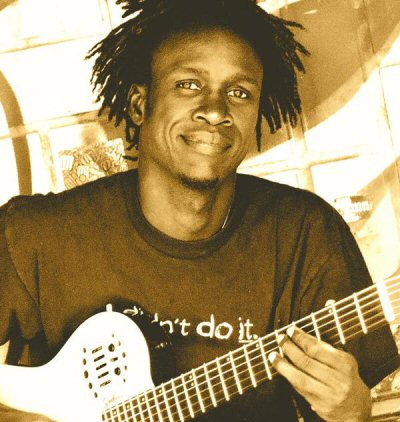