Biography
Wellington 'Bitumba' Maruta is an ethnomusicologist with a Bachelor of Music degree attained at Great Zimbabwe University. He has taught at the college of music and has been a music lecturer at Morgan Zintec College under the Ministry of Higher and Tertiary Education. He is currently a principal human resource development officer under the same ministry [3]. In 2013, he formed his own band, Musique D'Afrique, and plays a rumba jazz fusion, strongly rooted in Congolese rumba, with Zimbabwean influences.

Wellington teamed up with former Lubumbashi Stars band members, and instrumentalists from Real Sounds. On vocals, Wellington Bitumba Maruta is accompanied by Papa Mbala Kaninda, Kapiya and Eric Chido, all from the DRC [3]. Thanks to the international composition of the band, they can address the public in various languages, in Shona, Lingala, Swahili, Bemba, Zulu and Tswana.

In 2013, Maruta released a first single, « Wenge Uripi? », which was followed by a first album « Rwemandorokwati ». The public response and radio airplay encouraged him to continue and in 2015, an EP was released as follow-up, « Makorokoto ». Early 2016, a third album « Wedenga » was released and already, new recordings are being made. 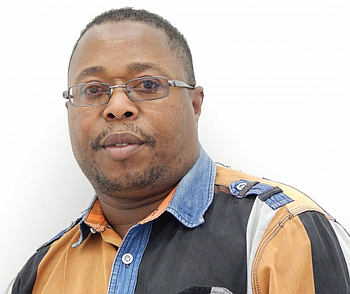