Biography
Fela's youngest son, Seun Kuti started to play alto sax and piano at about the age of 8 years old, one year later he joined the great Fela Kuti's band Egypt80. He started as a backing singer, alongside his mother Fehintola. He stayed with the band, and well after Fela's death in 1997, he was ready to take over and now leads a 18 piece band, of which most members are much older than himself, and many have played with his father. Seun offers a younger version of his father's Afrobeat, with songs criticising African leaders for violence, corruption, malaria, lack of infrastructure in Africa, stolen oil money... Unlike his half-brother Femi Kuti who play "normal" pop music length songs, the average song of Seun's debut album lasts at least 8 minutes.

Seun played already at various summer festivals in Europe since 2005. In 2008, his first album « Many Things » reunite great musicians, such as Kayode Kuti on bass, Ajayi Adebiyi on drums, David Obanyedo and Alade Oluwagbemiga on guitar, Lekan Animashaun (sax), Rilwan Fagbemi "Showboy" (bariton sax), and great trumpet solists Emmanuel Kunnuji and Olugbade Okunade. The title song « Many Things » refers to (and starts with) a speech by president Obasanjo speaking of the many things he created for Nigeria such as building bridges, but Seun adds that underneath these bridges people drink water in which they wash and urinate. On « Mosquito Song » he sings about the devastating impact of malaria, causing more deaths than AIDS.

His 2011 album « From Africa with Fury » has been co-produced by Brian Eno, John Reynolds and Seun Kuti himself. In 2014, Seun comes back with a new album, carrying the title « A Long Way to the Beginning », reflecting Seun's idea that Africa has still a long way to go before it can actually begin to develop. 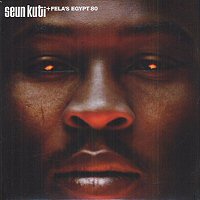