Biography
In 1978, Femi Kuti started playing alto sax in the band of his father, the great Fela Kuti. When Fela was put in prison in 1984 for a period of two years, the young Femi had become band leader in his father's absence. After Fela's return, his son left and created his own group, the Positive Force. He continued in the same Afrobeat style, but his songs were shorter and his lyrics less provocative.

At first, Femi Kuti had to work very hard to work up against the reputation of his father, and he was always compared to his father. Gradually, recognition came, and by the mid-1990s, his reputation was established and he could tour around the world.

After the death of his father in 1997, Femi was seen as the inheritor of Afrobeat. Indeed, over the years, he has grown into an artist in his own right, criticizing and addressing issues such as AIDS, or the disastrous policies of African rulers.

At the wake of the new century, he returned to return to Lagos to rebuild The Shrine, a musical venue, inspired on his father's project, that was destroyed by the Military. The album « Africa Shrine » was recorded there.

In 2008, a new studio album « Day by Day », recorded in Paris, came out and was well received and seen as one of his best albums. His album « Africa for Africa » was recorded in Lagos, in the old studio where his first album, but also many albums by his father, were recorded. Femi's music is now much less polished, and Femi's lyrics are more aggressive and vindicative than before. 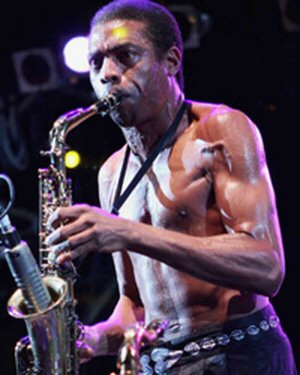