Biography
The band Ifang Bondi (meaning "be yourself" in Mandinka language) was formed some 45 years ago in the Gambia by musicians that were part of the Super Eagles of Gambia. Ever since, Ifang Bondi were on the forefront of popular African music. Being one of the first trying to combine pop music and African roots. They were an example and source of inspiration for Orchestre Baobab, for Youssou N'Dour's (Super) Etoile de Dakar and many other Senegalese stars. Ifang Bondi, however, never really benefitted from their pioneering work, due to bootlegging and copying of their work by other artists.

Ifang Bondi was based in the Netherlands for several years, and a majority of their albums have been recorded in Dutch studios. They later returned to Gambia. Unfortunately, lead singer Paps Touray died in 2003. 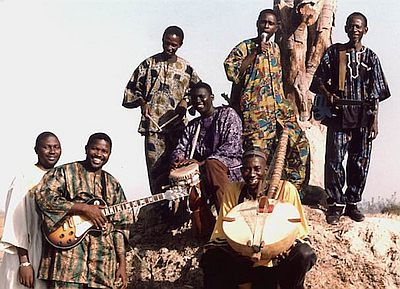 
Formed: 1973, by members of the Super Eagles of Gambia
Style: Mbalax and Mandingo music