Biography
Sultan Zembellat (1959-2010) was born in the Central African Republic's capital Bangui. Ghislain Jean-Baptiste was a good student as even at primary school he excelled in history class. He could memorise the names of a long list of Sultans his country had known, his classmates called him since "Sultan". At the age of 15, he already started his music career. He was born into a musical family, and his uncle Joachim Marcel Vomitiende who was the head of the national fanfare, had taught him a lot in music. Later on, Sultan Zembellat was a student at the Ecole des Beaux Arts in Dakar (Senegal).

At the same time singer, composer and writer, Sultan Zembellat sang in various languages, in Sango, the national language of the Central African Republic, in Ngbaka, but also in Lingala, Wolof, Spanish and French. In his songs, he addressed topics such as love, nostalgia (for his home town Bangui), and about the cultural and national identity of his country. In 1976, he was a founding member of African Lokombe.

As so many Central African artists during the 1980s and 1990s, Sultan Zembellat settled in Paris to study, but also in order to continue his career, as production facilities and economic conditions in the CAR are very poor and things deteriorated with the year. In Paris, he was involved in the creation of various bands, such as Kongo  Wara (1983), which would later become Kokombo Stars, and he was the founder and band leader of Maïgaro. Zembellat was the initiator of APMA (Association pour la Promotion de la Musique Africaine) aiming at the promotion of African music, and various activities were organised with his band Maïgaro. With APMA, he provided assistance to other Central African artists by enabling the production of a CD album or by organising concerts. Sultan Zembellat himself released three albums throughout the 1980s and 1990s, from « Mea Culpa » through « Vini Danse » to « Séré Boulon ».

In 2007, Zembellat contributed to the highly acclaimed album « Café Noir » by Papa Noel & Bana Congo. He wrote two songs on this album, « Démocratie » and « Salsa Africaine », for both songs he was also responsible for the vocals.
His last album was released in 2009, « Renaissance ». Unfortunately, he died on 12 February 2010 in a Paris hospital after a short illness. The world, and his country lost not only an artist, but also a very socially intelligent person, who has been involved in various efforts to promote the interests of artists in conflict-torn CAR. 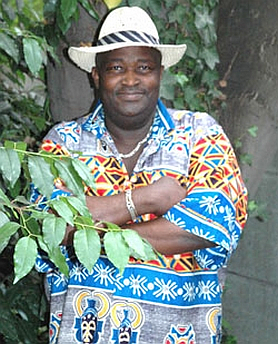