Biography
Toofan started as a rap outfit of three young friends, Master Just, Barabas and All One. All three were also fanatic about football, and their first album « Ogbragada 2006 », with a song « Eperviers Ogbragada » encouraging the national football team of Togo, les Eperviers, who participated at the World Football Cup in Germany. It established the fame of Toofan in Togo.

All One decided soon to pursue his academic career (but came back in music as a solo artist), and the two remaining members continued Toofan as a duo. Already a years later, they recorded a second album, « Confirmation ». Toofan started to make waves in Togo, and in 2009, a third album « Carte de visite » was recorded and Toofan started to perform abroad, France, Côte d'Ivoire, the Kora Awards, and a US tour in 8 states. At the end of 2009, Toofan filled the Omnisport Stade in Lomé with an attendance of 15.000 fans. In January 2010, Toofan returned to Paris as a supporting act for Fally Ipupa at the Zenith venue.

Increasingly, Toofan encounters success outside of their country, and a tour across West Africa, but also to Chad and Gabon followed soon. In 2014, a new album « Overdose » was released, followed by « Conquistadors » in 2018. 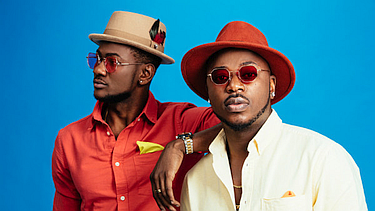