Mdungu
(The Gambia/ the Netherlands)

Biography
The band Mdungu has been established in 2002 in Rotterdam, the Netherlands by Thijs van Milligen. Mixing Afrobeat, jazz, griot-music from Mali and funk, their music is characterised by a particularly powerful wind section. Very soon, the band was very popular on festivals and on scene with their very dynamic, intense and danceable groove.

Mdungu's debut album « Afro What!? » received much acclaim by critics and music lovers, and was mixed by guitarist and producer Justin Adams of Tinariwen fame (as well as his own band Soul Science and Robert Plant's Strange Sensation).

In 2011, they released a self-produced album « Gambian Space Program » on which Ebou Gaye Mada developed his singing abilities, mainly on songs such as « Xarit ».

The band was dismantled in 2013, probably because of band members being more engaged in other activities, for instance, Thijs van Milligen played saxophone in Dutch band Typhoon. Ebou Gaye Mada continues with his Boka de Banjul, or Boka Halat de Banjul in full, a band which he started in 1999 in Banjul. Boka de Banjul released a first album « Lu Jot Yomb » in 2018 from their new basis in Rotterdam. 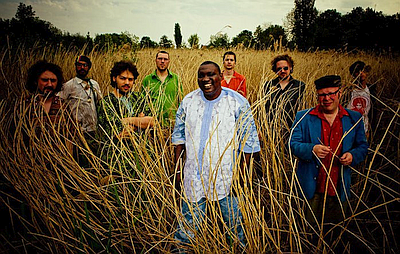