Biography
Tinariwen is a group of young Touaregs from the very north of Mali, and the south of Algeria. The band was set up in 1982, in a time when the Touareg, Berber related nomads from the desert of Mali, Algeria, Niger and Libya, were faced with droughts, unemployment but also oppression by national governments. In Mali, this oppression was especially strong, and many young Touaregs fled in exile to Algeria and Libya. This situation ended in a rebellion in the early 1990s, until the new democratic regime in Mali reached an agreement with the Touaregs, which turned out not as enduring as hoped for. In this universe of exile and rebellion, Tinariwen was created by young musicians originating from the town of Kidal and its surroundings (Adrar des Ifoghas).

The music of Tinariwen is a mix of traditional touareg music with various (foreign) influences, both from the West and from the Middle-East. At the time, their music was new because of the use of the guitar. The songs are about being in exile, living in precarity, about resistance, but also about love.

Through contacts with the French group Lo'Jo and British producer Justin Adams, Tinariwen has received considerable media attention and concert opportunities in the western world over the years. 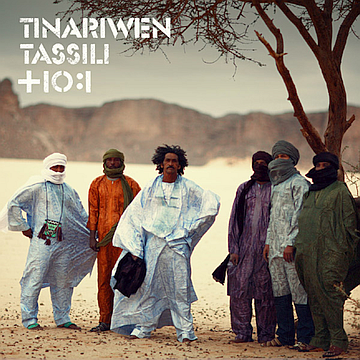