Biography
Karma Pa is one of the latest stars from Kinshasa. He grew up with music of Tabu Ley Rochereau and Lutumba Simaro, which might explain the fact that his music is more melodic and with more emphasis on the lyrics than generally in present day Congo music. Therefore, a comparison can be drawn with the music of Koffi Olomide.

At the end of 2003, he released his first album « Je m'appelle toi (Love moi) » and it was an instant success. Both in Congo and elsewhere, the album was well received and sold relatively well, which is not easy in the highly competitive Congolese music scene. The album offers a variety of rhythms, with nice guitar solos. There is not a song on the album that is really disappointing.

Karma Pa can be seen as an exponent of a new generation, a carrier of hope for the continuity of the popularity of Congolese music, currently under pressure from the increasingly popular music from Côte d'Ivoire. 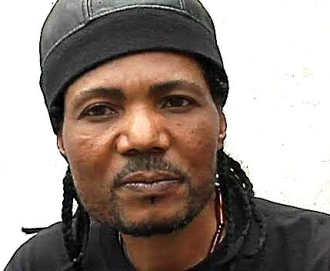