Biography
Kabosé Bulembi is one of many solo artists who were trained in various bands but then decided to leave for a solo career. Many do not succeed and fall into oblivion after their debut album. Luckily, this is not the case for Kabosé who started singing in his home town when he was recruited by Defao for his band Les Big Stars. He contributed to albums such as « Amour interdit » (1997), on which he composed one song « Radio trottoir ».

Kabosé continued his career in Bozi Boziana's Anti-Choc until 2001, when he joined Wenge Musica Maison Mère, and he sung on successful albums « A la queue leu leu » where he composed the song « Jugement Dernier », as well as on the albums « Alerte général » (2004) and « Témoignage » (2005).

It was in late 2006 he left Wenge Musica Maison Mère and started a solo career. In 2008, he released his first album « Malgré moi » and it was met with reasonable success, especially in Congo. The most successful songs of the album are « Voiture sans moteur » and « Andy Mputu », the ones where his voice particularly stood out.

In the following years, Kabosé succeeded in maintaining the interest of producers on the one hand, and the Congolese public on the other hand, when releasing a maxi-single « 18h30 » in 2009, and a new album « Election » that was released in 2011. Alain Mpela features on its track « Masuwa ». 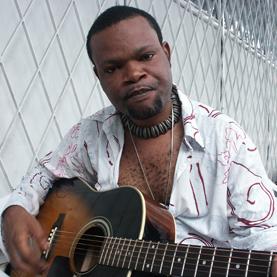