Biography
Bipoli (Pepe Bipoli, Bipoli Tshando) started as an animateur in Viva la Musica at the end of 1976. Soon, he gained massive popularity because of his energetic animations and dancing. In 1978, he lead a defection to set up Kawara Musica but he returned soon after.

With Viva la Musica, he penned successes as « Zengo », « Conseil Amisi » and « Ami Kapangala ». In 1982, he left, together with Kester Emeneya, and they formed Victoria Eleison. In late 1983, he left for Choc Stars, came back, then left again, this time to create a group of his own, the short lived Veritable Victoria Principal.

After this band folded, he tried to return to both Viva la Musica and Victoria Eleison, making occasional appearances with both. He also involved musicians from both bands on his late 1980s' and early 1990s' Paris based solo works. Bipoli also collaborated with a number of the Paris based Viva La Musica musicians on the pre-Nouvelle Generation Comme à l'Ecole project. After a long absence, in 2004, Pepe Bipoli resurfaced with a solo album, on which he reinterpreted some of his old hits, such as « Kapangala », « Bosey » and « Zengo », alongside new compositions. 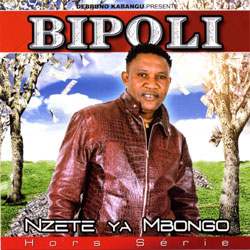