Biography
Jessy 'Matador' Kimbangi is a dancer and singer from the Democratic Republic of Congo, based in France. In 2001, he started his dancing career, influenced by hip hop and Congolese ndombolo music. He later joined the band Les Cœurs Brisés, lead by Danny Engobo and started a singing career. Together, they toured in several countries. In 2005, Jessy set up his own band, called La Selesao with fellow members Docteur Love, Général Benkoff and Linho. They performed in various Paris venues, such as the Bataclan, the Palais des Congrès, but also as a supporting act of Magic System's concert in the Élysée Montmartre in late 2005.

In 2008, a first single « Décalé Gwada » and a first album « Afrikan New Style » were released, the single encountered a success among young people in Paris. Jessy's sunny mix of coupé-décalé, hip hop and ndombolo apparently captured the attention of the French television authorities, and in 2010, he was selected to represent France at the Eurovision Song Festival with the song « Allez ola olé » that was initially written as a song accompanying the FIFA soccer world championship in South Africa and was a summer hit at least in France. At the Eurovision Contest the song ended in 12th position. 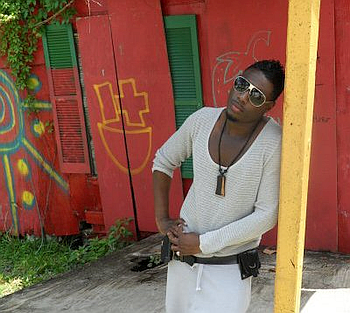