Biography
Awilo Longomba's talent didn't come from far: his father, Vicky Longomba was a composer and singer in the 1960s and 1970s who performed with all-time greatest star from Kinshasa, Franco, as one the founding members of Franco's OK Jazz.

Awilo's star rose slowly but steadily. He was drummer in Papa Wemba's Viva La Musica. In an interview he acknowledged that he learnt a lot from Papa Wemba and that Papa Wemba did a lot for Congolese musicians. In the early 1990s, he was drummer in La Nouvelle République, where he was also engaged in the production of the album « Porokondo » (1994).

In 1995, Awilo released his first solo album, that caught the attention of the public and critics because of his fresh approach in compositions and solid production. The second album was even more successful through hits like « Coupé Bibamba » with the catchy song line:
Comment tu t'appelles? Je m'appelle... Coupé Coupé Bibamba!
On his third album he continues in the same direction, mixing soukous with techno influences. His popularity is probably even bigger in countries such as Cameroon and Nigeria, than in his home country. 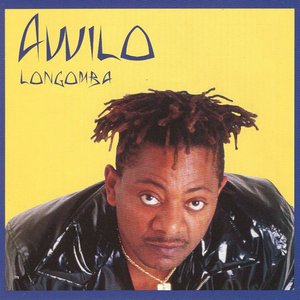