Biography
Reddy Amisi is a talented singer form the Viva La Musica stables. Amisi sung as a child in a church choir, and as he continued singing, his talent was spotted and he started singing in a group called Le Juvénile. Already in 1977, at age of 17, Papa Wemba who was impressed by his voice, asked him to join Viva La Musica but Amisi felt too young yet and preferred to continue his school education first.

Finally in October 1982, after Kester Emeneya had left Viva la Musica with 12 other musicians, Reddy Amisi joined Viva la Musica. He became a principal singer and composed various popular songs, but he was also able to record albums in his own name, backed by Viva la Musica.
When several musicians left Viva la Musica in 1992 to create La Nouvelle Génération de la République Démocratique, he remained loyal to Papa Wemba. At some point (in 1994), he created his own band (with which he recorded the CD « Prudence »), but Papa Wemba was not happy with this initiative, and he took over the band and renamed it into Nouvelle Ecriture.
Reddy Amisi stayed with Viva la Musica until 2002, when he created his own band Casa do Canto. A first album came out early 2003. 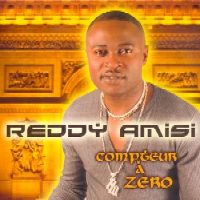 Sources Thanks to Dolf Motz for his help in compiling this discography.
Page added April 2003