Biography
Quartier Latin Academia (or Academia in short) was formed by musicians that have left Koffi Olomide's band Quartier Latin after alledged disputes about their remuneration. As with so many Congolese bands, artistic or personal differences or financial difficulties led to several personnel changes as some of the band members leave and create a band of their own, but drawing on the name of the original band. Academia draws musically strongly on Quartier Latin's sound, but innovations can be heard on « Sanction  », mainly thanks to the invited musicians and because of the heavy bass tuning. Also, the track are more up-tempo compared to the original Quartier Latin productions.

The band turned out to be unstable in personnel too, and and later albums were rather albums by singer Sam Tshintu where the name Akademia was used as the accompanying band. 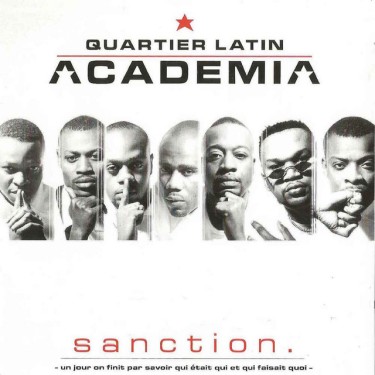