Biography
Mah Damba, born as Mah Sissoko, is a traditional griot singer. Daughter of Djeli Baba Sissoko, one of the greatest singers in Malian history, and niece of Fanta Damba, she was born into the musical tradition of epic narratives and praise songs, of great importance in Mali.

For some time, she was part of Kassemady Diabaté's ensemble, but later she went to Paris, where she participated in Mandé Foli. At the same time, she pursued her solo career. In 1989, she released a cassette with her husband that made her known among the Malian public. A second cassette, « Nyarela » was released in 1997, and was also the start of a first international release, distributed by Sony France. In addition, Mah Damba also featured with two tracks on the 1997 World Network sampler « The Divas from Mali ».

She is generally accompanied by her husband Mamaye Kouyaté on ngoni, and a small group of traditional instruments, the musicians vary from one album to another, examples are Djeli Moussa Diawara on kora and Lansiné Kouyaté on balafon. 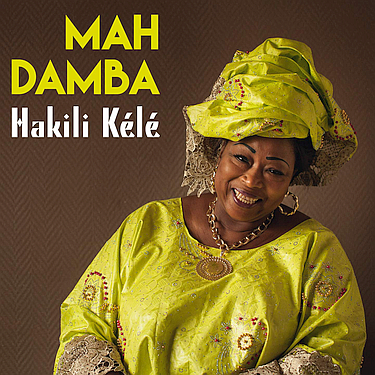