Biography
Banlieuz'art is the result of two young talented rappers from Guinea's capital Conakry. In 2004, they met in Senegal, and since then, Konko Malela and Soul Dag'One show with their music and with the name of their project (Banlieuz'art can be translated as Suburb-arts) that suburbs do not equal crime, but can be a source of creativity. In 2009, Meurs Libre Prod' was preparing a hip hop compilation called « Urban Afreeka » and Banlieuz'art was invited to participate. They stood out through the quality of their song. The compilation was rewarded as Best Compilation at the Cassette d'Or (Golden Cassette) Award Ceremony in 2009 in Guinea. At the same occasion, Banlieuz'art was awarded Best New Talent.

In 2010, the first album « Koun Faya Koun » came out. The album established the name of Banlieuz'art in Guinea, but also in surrounding countries. They have performed in Senegal, but also in Europe and Canada, together with the other Guinean hip hop outfit Degg J Force 3 in 2012. The next year, they came back to perform in France. A second album came out in late 2012, carrying the title « Koun Faya Koun - le voyage », with new compositions. The album received much acclaim and various nominations at various occasions, such as the Guinean Music Awards, the Cassette d'Or and the Djembe d'Or. The songs have various themes, such as the love for the African woman, African unity, corruption and xenophobia. Musically speaking, Marcus' soulful vocals are supported by strong dance hall and reggae beats. They sing in French, English, Fula, Soussou and Wolof.

A concert, at the occasion of the end of Ramadan 2014, on the Rogbane beach in Conakry turned out into a drama as at the end of the concert too many people tried to find its way out of the Rogbane beach area while others still tried to get in and around 33, most young, people died in the crowd. Over the years, Banlieuz'art have worked with numerous artists, for example Degg J Force 3, Filentre, Instinct Killers. In October 2015, Banlieuz'art were among the nominees for the Prix Decouverte, organised by French international radio station RFI. 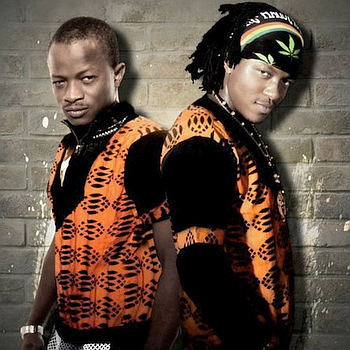