Biography
Djeli Fodé Kouyaté is a nephew of Mory Kanté. Son of Mama Kanté and Djelyden Kabinet Kouyaté, he is born a griot. He is not to be confused with singer and kora player, the late Fodé Kouyaté from Mali.

Le djeli de Kissifaramaya, as he is called, is known for his songs addressing popular issues of Guinean life. Apart from music, he has been active defending the cause of the refugee camps in the South-East of Guinea, where 100,000s refugees from neighbouring Sierra Leone lived under precarious conditions. His conscience awakening lyrics and constant production of albums lead to his nomination of honorary ambassador of Afrique-Aide-Afrique by the Senegalese president Abdoulaye Wade.

In Guinea, he is seen as one of the biggest contemporary singers. Until now, he was hardly known outside of Guinea, but this changed soon. For example, he was one of the showcases of the Nuits d'Afrique Festival in Montréal, Canada in July 2002. In addition, the album « Adame Nyingui » was released on CD, and in 2000, an album « First », compiling older songs, became available on CD. 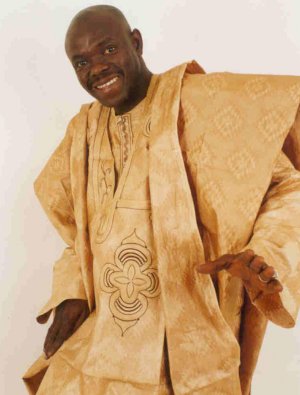