Biography
Fatala was formed by Bruno Camara in 1981. Camara left Guinea in the early 1960s, and after extended travelling through Africa and Europe he ended up in France, where he started playing African percussion. After many years, he was finally able to establish his own group, Fatala, named after a Guinean river, which flows through Camara's town of birth, near Rio Pongo.

Bruno settles in the Netherlands and from there Fatala continues to play semi-traditional percussion based music and had the opportunity to record in the renowned Realworld studios of Peter Gabriel. The album « Fatala » has been first released on the WOMAD label, and was reissued on the Real World label five years later as « Gongoma Times ». On this recording, the young singer Mabinty Sahko is featured with her sharp, expressive voice.
Another singer of Fatala, not on this recording, Maciré Sylla managed to start a successful solo career of her own and she already released several albums.

After periods of inactivity, Fatala regrouped and is still active as a group. 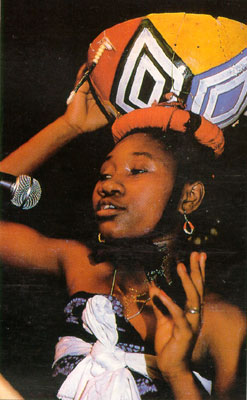