Biography
Mbarga Soukous is an important exponent of bikutsi music, a musical genre from the central and southern parts of Cameroon, originating in the music and dance during popular gatherings among the Beti (or Ewondo) population. First popularised appearances of bikutsi go back to the 1940s, with the balafon as the main instrument used. In later decades, the balafon was replaced by the electric guitar and keyboard. The intense rhythm invites to dance and mainly women dance with their feet tapping on the ground. The word Bikut-si means something like "let's beat the earth". The popularity of bikutsi was rising since the mid-1980s, partly because of support from Paul Biya's regime, and received thus more airplay and attention than before. Bikutsi was soon rivaling makossa in popularity by then. Starting from 1987, there was also considerable international recognition for bikutsi through the acclaim for another group, Les Têtes Brûlées.

Some of the musicians of the same Têtes Brûlées backed Mbarga on his eponymous album recorded for Production Lanceleaux-Foty. In 1989, his album « Essamba » was a huge hit in Cameroon, and the songs of that album are loved until today.
Mbarga, born 1955 (or 1953 according to other sources), started writing songs in the 1970s, and sang in the various bars of Yaoundé. His nickname Soukous comes from his football friends who called him sometimes Matongo Soukous, after the Congolese player of that era. In the tradition of Bikutsi, he sings about popular topics such as human relationships, gossip and (allegedly) sexuality. He refutes any accusation of obscenity in his lyrics, claiming people misunderstood the words he was using. Mbarga Soukous recorded a few albums since, but his fame remains confined to Cameroon. A younger generation of Bikutsi artists seems to attract more attention. 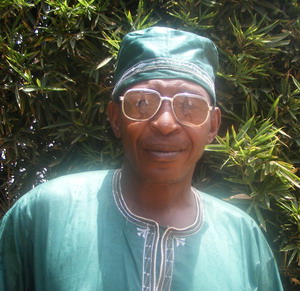