Biography
Les Têtes Brûlées is a group that has popularised bikutsi music in the second half of the 1980s. Their success in Cameroon started after their appearance at the, then still young, national TV station CRTV in 1987. The band was created by Jean-Marie Ahanda, joined by talented and charismatic guitarist Théodore Epémé, better known as Zanzibar. Les Têtes Brûlées transformed the regional, and quite earthy, music style of bikutsi into something new, using elements of punk and rock, and by using electric guitars. Zanzibar innovated by using rubber foam to alter the sound of his guitar in order to imitate the wooden balafons from the central and southern part of Cameroon. This, and the outrageous outfits of the band members (body paint, partly shaven heads) contributed to their success, and the band was highly visible, also beyond Cameroon's boundaries.

French film maker Claire Denis followed the band during their French tour and made the movie « Man No Run », of which the original sound track was released. The tour brought them as far as Japan and the United States. Late 1988, Cameroon was shocked to hear about the sudden death of Zanzibar. Little is precise about the conditions of his death, suicide is often claimed. It left the band in despair, but eventually, the band reformed and continued to perform and record. They accompanied the national football team to the world championship in Italy, which further enhanced their exposure.

A few more albums were recorded until the mid-1990s, but the success and recognition were not as overwhelming as expected and hoped for. But on the other hand, the fascination for the band, and of course for Zanzibar, remains, and the publication of a new book in 2013 (Zanzibar et les Têtes Brûlées du Cameroun : La Passion Bikutsi, by Joseph Fumtim et Anne Cillon Perri) is just one of the symptoms. 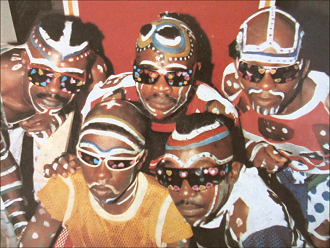 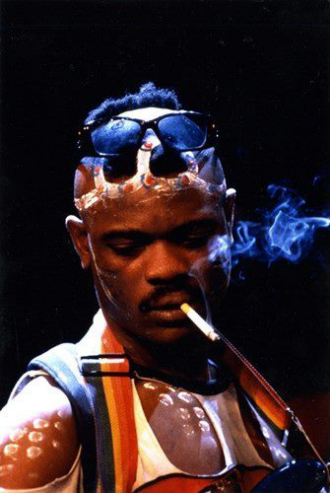