Biography
Koppo has become a star in Cameroon with his 2004 hit « Je go ». The song is a ballad where Koppo is rapping about him being a young Cameroonian fed up with poverty and lack of prospects to a better future, announcing his departure for France to his girlfriend. He sings in Camfranglais, a mix of French, English and words of several Cameroonian languages, that is used by Cameroonian youth in order to communicate with each other while excluding older people from understanding. This, and the subject of the song itself are the reasons for the song's appeal to young Cameroonians.

Koppo, Patrice Minko'o in real life, made his first steps in music at school, during play-back sessions, but after his school exams he studies theatre at the University of Yaoundé. But music remained appealing and he started composing only in 2002, and performed at the Fête de la Musique in Yaoundé on 21 June 2003 for the first time. From time to time though, he was and still is active as an actor in theatre and TV productions.

Inspired by MC Solaar, Doc Gyneco and others, and supported by Blick Bassy, the lead singer of Macase, he recorded a first album in 2004. Apart from « Je go », songs like « Emma », « Confessions » and « J'en ai marre » (starring Charlotte Dipanda) show Koppo's noteworthy talent for penning intelligent and lyrics full of humour, giving a fresh look on modern day life in Cameroon.

The album was released in Cameroon in 2004, and it was planned that the album would be released in France in 2006. This did not happen, but in 2012 the album became available as a download on the various international platforms. After years of silence, during which Koppo hosted a radio show, he was selected for a three months stay in France early 2015, within the Visas pour la création project. This will enable him to work on his second album.


Some excerpts of the lyrics of « Je go »

"...
If you look on TV you see that with white people [in Europe]
do they ever suffer of poverty? Everybody is well to do!
As soon as I arrive over there I will look for a job
Whatever job that can give me money:
Walk people's dogs, I will do the job
Clean corpses, I will work
Even marry widows! I will do it
...
If you see my girl, tell her that I am going
Tell her that I don't have time to tell her goodbye.
..." 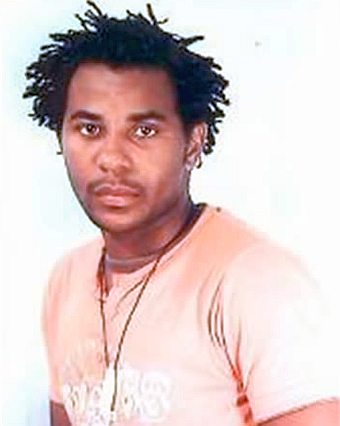