Biography
Dina Bell is born in a musical family in Douala-Akwa. He grew up in the same city and went to school and college in Akwa. Second son of a family of 7 children, he started singing in a church choir. This interfered with his law study and he soon abandoned university. In 1978, he recorded his first album « Yoma Yoma » that was released in Cameroon without his approval, while Dina was in France. The album was a considerable success though, and he released several albums throughout the 1980s. During that decade, he was among the most important makossa singers, with his melodic but pure makossa and his sweet voice.

With the downfall of makossa, Dina Bell's career suffered and the presence of pirated copies of his latest album had a demoralising effect on the artist. He lives the better part of the year in France, and spends the rest in Cameroon. In recent years, he has created a recording studio and he plans to dedicate much of his time to young artists and promote their talents, he will therefore spend more time in Cameroon. In February 2004, he was attacked by four men when coming home late at night. He was brought in hospital with head injuries and a broken arm. After a short coma in a Douala hospital, he recovered quickly. 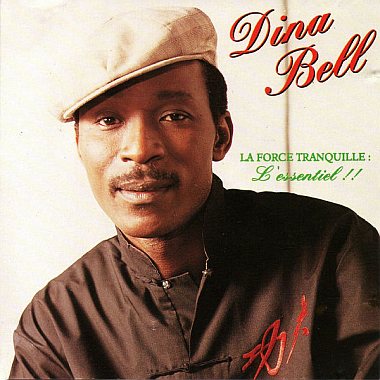