Biography
Grace Decca is the sixth in a family with 11 children. She is the younger sister of makossa star Ben Decca. Under his guidance she started in 1984 to work as a backing singer. While still a student in educational science, she was at first only part time engaged in the music business. Later on, she would become a full-time singer. In 1987, French chansonnier Jean-Jacques Goldman asked her to participate in the backing vocals of the song « À nos actes manqués ».

In 1989, she recorded her debut album « Besoin d'amour » which was successful in Cameroon, but her breakthrough came through her album 1993 album « Doi La Mulema », which made her a real diva in her home country. Several albums followed in the next years. She is living both in France and in Cameroon.

After a long silence since 2001, Grace recorded a new album, produced by George Duke (1946-2013), who also wrote two songs of the album. On the album there are songs in French, English and Duala, in various styles. 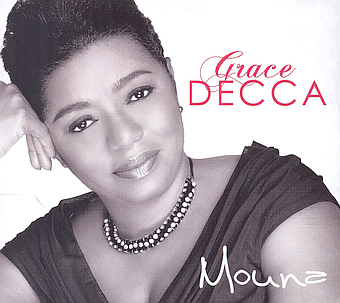