Biography
Kantala, born Abdoulaye Traoré, hails from Bobo-Dioulasso, the second city of Burkina Faso. Of Senufo ethnicity, his family does not reveal to the young Abdoulaye the fact that his grandfather, Donso, was actually a musician, and Kantala therefore had to learn all by himself to play a variety of instruments. Eventually he chooses the kora and the n'goni. He develops a style of his own, tafdjani, mixing traditional Senufo music with modern styles, such as blues, pop, salsa and reggae. 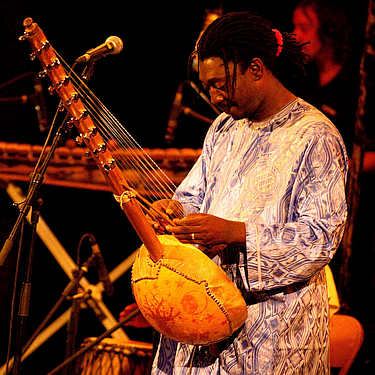