Biography
Takeifa (an anagram of Fa-Kei-ta, Keita family) had his origins in Jac Keita's wish to have a guitar. His father gave him an old guitar without strings, Jac added bicycle cables and started to practice in 1992, he was eleven years old. Inspired by songs his mother used to sing when he was little, he started to sing and play guitar. His family have lived in various towns in Senegal, but they ended up in the town of Kaolack, where Jac started rehearsing. He worked with a few other artists and made a demo tape in a local studio. Around 2002, he realised that in order to be more successful, he would need to change directions. He asked his brothers to join him and at first Ibrahima and his younger sister Maah Keita did so, soon followed by Cheikh Keita and Fallou Keita who was then with a band called Tundoo Dior set up by the NGO Plan International. Together, they continued as Jac et le Takeïfa.

In 2006, they moved to Dakar and became professional musicians. They were conquering the Senegalese capital by performing at various festivals and in numerous venues. In 2008, their first album « Diaspora » was released. The album had quite some success, because of its fresh African pop songs, and its catchy sound. The songs talk about issues such as childhood poverty (« Talibé »), traditional superstitions (« Guissané »), immigration (« My dream ») or education (« Senegal »).

In 2012, they finally released a second album « Get Free », which was preceded in 2011 by an EP bearing the same title. With promotors in Spain, they had the possibility to perform at various occasions in that country, for instance at the Africa Vive Festival in Madrid and the Womad Cáceres Festival, both in 2011.
Late 2012, Takeifa finished third in the RFI France 24 Prix Découvertes 2012, after Namibian winner Elemotho and Trio Teriba (Benin) in second place. 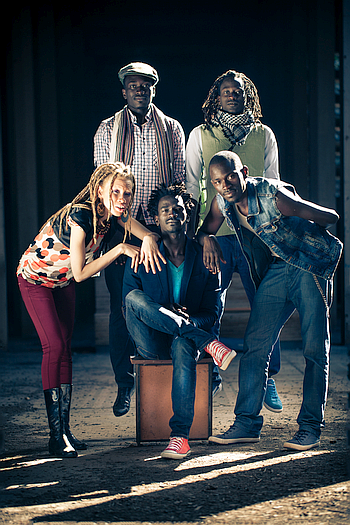