Biography
Queen Biz is a young Senegalese singer songwriter who started her musical career in 1999, when she was still in high school. With two other girls, she formed a group named Lions Clan, covering national and international stars. Queen Biz, then still Coumba Diallo, was covering her idol Lauryn Hill.

In 2002, she received her high school diploma and started a new group with two friends. They did some tours in Senegal, but the success was short-lived. She then entered a group Khelcom International de Pikine, who had worked with some French rappers. The group fell apart in 2005 and Coumba decided to go solo.

She preferred however to pursue her studies at the same time and she now hold a master's degree in public law, and another one in political science and international relations. On a musical level, she did some featurings, for instance with Ceptik from the crew Still, with Baye Bia, and with Bokk Brain in the song « Mary Roza ».

In her solo activities, she writes songs in various styles, rap, r&b, reggae and a more acoustic mandingo style. She sings in French, English, Wolof, and Mandingo, her native language. Her first single « Wallou » encountered a reasonable success. It was followed by her first album, « Maux croisés ». On the album, there were successful rap songs such as « Dirty Fac » about the difficulties students are facing at Senegalese Universities (fac = faculté), and more acoustic mandingo ballads such as « Kedougou ». 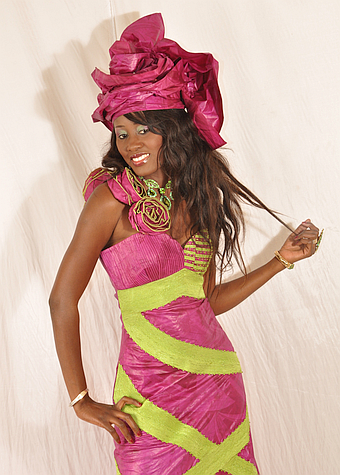