Biography
Bu-Baca Diop has previously worked in the Star Band de Dakar and Number One de Dakar in Senegal, but he now resides in Sydney, Australia. Surrounded by his cosmopolite band (most members are not Africans, except Elhadj N'dong on percussion and Malik Diop on tama), he blends mbalax rhythms and modern funk. A first release in Australia was the album « Nagoo ». This was followed by « Stand », which was also released by Stern's Music and therefore distributed globally. You should check out the horn section on his song « Tukki »!

He released another album in Australia, « The Real Sounds of Blackness », with new songs and some older songs, of which the song titles are presenting with a different spelling (for instance Tooke in lieu of Tukki). 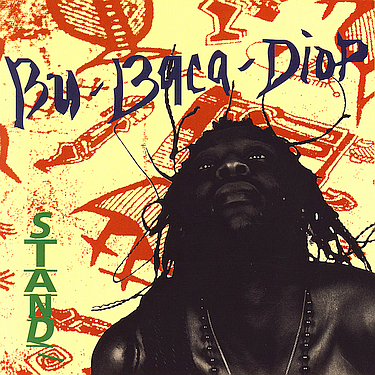