Biography
Stella Chiweshe is the Mbira Queen of Zimbabwe. The mbira, a thumb piano, made of 22 to 28 metal keys, mounted on wood and placed inside a gourd as a means of resonator, is an integral part of Shona culture. It is traditionally used during ceremonies as a medium to communicate with the spirit of the ancestors. In traditional Shona songs, the ancestors are called upon and are finally taking over the singing. Stella Chiweshe often does not remember what has been sung through her.

Stella Chiweshe started performing at these kind of ceremonies before Zimbabwe's independence. At daytime, she worked as a maid in a colonial household. In the early 1980s, she was invited to participate in the National Dance Company of Zimbabwe where she was a solo mbira player as well as singer and dancer. After a while, she decided to perform on her own, which was unseen before in Zimbabwe for a woman.

Since the late 1980s, she is regularly performing on World Music festivals, presenting both traditional mbira music and more up-tempo songs with her own band The Earthquake. She has taken a leading role in setting up the Zimbabwe Musicians Unions, and she is the director of the Mother Earth Trust - Network of Female Artists in Zimbabwe. 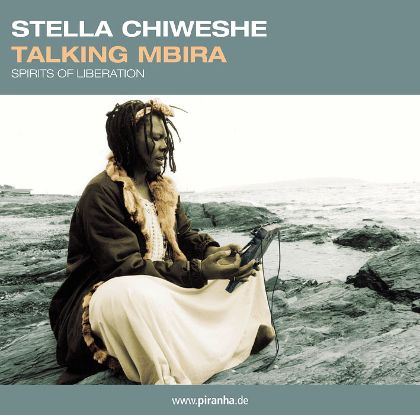