Biography
Tita Nzebi was born in a small village of M'bigou in the South of Gabon, a village hidden amidst of big trees. She spent her childhood in M'bigou in the 1980s, attending a catholic primary school, but she also discovered the traditional music of the Nzebi, her tribe. She was the eighth out of nine children, and some of them were able to study. During the secondary school, she chose music as a major and she discovers, at her astonishment, that you actually have to work and learn music, whereas she always thought she'd just start singing!
After two years of law studies in Libreville, Gabon's capital, she abandoned University and she had already started music with Sam Mapindi Tsoumbou in his group Ngumi. The band produced an album in 1999, by then Tita took her plane to Paris, where she enrolled University until 2005. The next year, Tita Nzebi starts to perform in cafés and bars, surrounded by a few musicians who earned just a cup of rice for each performance, therefore the musicians referred to these small concerts as « bol de riz ».

In 2007, still in Paris, she self-produced an EP of 5 tracks, « M'biss miti » (behind the trees), with the help of Sec Bidens and she increasingly meets other musicians, as well as national media, and she can start to think about a new project, a full album.

The album « Metiani » was recorded in Paris and Libreville, and Tita could count on the contribution of Sec Bidens, Paco Séry, and Luciano. The lyrics are written in her mother tongue Nzebi, and report on universal themes such as the uncomplicated life of a child, or about not being discouraged after first setbacks. Tita forged her character with the same courage and perseverance. 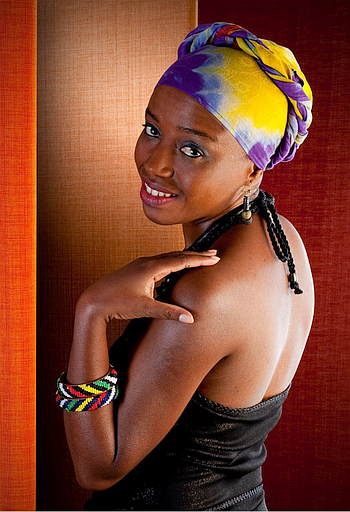