Biography
M'Toro Chamou is a musician born on the Island of Mayotte, part of the Comoro archipelago, but has - politically seen - always been part of French overseas territories, and is now a French Department since 2011, following the results of the 2009 referendum. M'Toro Chamou (M'Toro stands for one who has refused slavery) started his musical path with a Mayotte hip hop outfit M'Tsapéré Power. With his guitar, he mixed rap and hip hop with the traditional M'Godro music.

After 16 years in France, of which 8 years in the city of Nantes, M'Toro Chamou wanted to go back to Mayotte, but in absence of production facilities and even a proper venue to rehearse, he chose to settle on the Island of Réunion, 1500km to the South East of Mayotte. It was on Réunion where he recorded a new album « Punk Islands », on which he continues his quest for developing his music based on traditional M'Godro, addressing issues as the chaotic situation on Mayotte and the Comoros, between the influence of neo-colonialism and modernisation on the one hand, and losing their cultural identity on the other hand. He sings mainly in shimaore (mahorais in French). 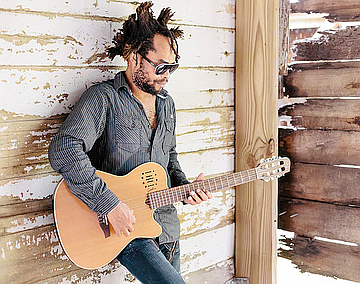