Biography
Khadja Nin began her professional singing career at age of 32. She grew up in Bujumbura, where her father was involved in politics. He was therefore in the position to bring home LP's of international music when he travelled abroad. In 1973, she formed a musical group, and 1975, she went to Kinshasa for studies. In Zaïre she met her future husband and at young age, Khadja Nin married with a Belgian man. Only a couple of years later, her husband died, as well as her mother, and at age of 20, she found herself alone in Brussels with her three years old son. For more than a decade, she managed to survive in Belgium and concentrated on giving her son a good education. From time to time, she sang in a choir, and in 1985, she met Nicolas Fiszman, guitar player, producer and composer. Together, they created the sound that made Khadja Nin famous.

Khadja Nin was already 32 when, in 1991, she signed a contract and recorded her first eponymous album which was released in 1992. Her second album, « Ya Pili... » received considerable international attention. It is the combination of her melancholic voice and the jazzy arrangements by Nicolas Fiszman that makes her music so attractive.

In 1996, a third album « Sambolera » was a compilation of existing and new songs, among them the song « Sina mali, sina deni », a remake of Stevie Wonder's « Free ».
On her fourth album « Ya... », she was ready to sing some parts of the song « Mama » in Kirundi, until then she sung in Swahili, French and English. Previously, she was afraid to receive criticism on singing in Kirundi because she felt it was difficult to find the right words in this poetic language. She also sung « Africa Obota » by Gabonese singer Pierre Akendengue.
In 2006 she remarried with Belgian former racing legend Jacky Ickx and they settled in Monte Carlo. 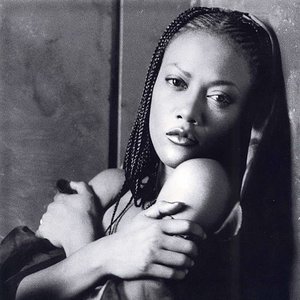