Biography
Until 2007, Shiko Mawatu was only known among Congolese rumba aficionados, as he has a long record of working with several great names of this genre, without having a discography in his own name to show for. He grew up in a musical family, as his father played accordeon, and his two brothers Bunda Mawatu and Rocky Lisasu were both singers in Simba Band. When still in his teens, he started composing for producer, musician and Veve band leader Verckys Kiamuangana and he formed his first band Le Paty  Bana Ngenge.

Around 1979, Shiko Mawatu discovers a young singer Jeanne Vonga Aye, and with saxophonist Empopo Loway they formed a new band. Two years later, they were invited to perform in Paris and they recorded their second album « Bonbon Kojak ». By then, Shiko had acquired a solid reputation as a guitar player, a songwriter and an arranger.

In the mid-eighties, he returned to Zaïre, where he discovered singer Malage de Lugendo, and he is also said to have played a role in Deese Mukangi's career start. In 1990, he returned to Europe. After a few musical experiments, he joins Soukous Stars in 2000, thus joining artists like Lokassa Ya Mbongo, Canta Nyboma, Shimita Diego and Ngouma Lokito. He became their lead guitar player.

In 2007, he finally released his first solo album, « Kimbanda Nzila ». Shiko wanted to present his compositions and to bring back the real Congolese Rumba to the forefront. Shiko plays nearly all bass and guitar parts, and he sings with the invited vocalists Malage de Lugendo, Djeffard Lukombo, Baby Black Ndombe, Lucien Bokilo and Ornela Mikwasa. The album shows his talent as a songwriter and as a guitar player, heavily influenced in his way of playing by the great Franco. 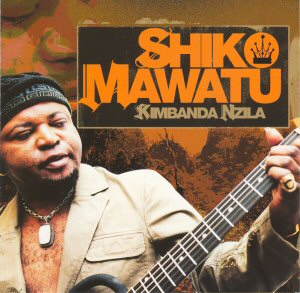