Biography
Kino-Mabella can be seen as an inside tip for any lover of Congolese rumba. Born in Kinshasa, he grew up in Kisangani during his first primary school years, and then in Mbanza-Ngungu (Thysville), where he lived with his uncle, who was a school teacher. He went back to Kinshasa for college and it was during these years that he great stars such Tabu Ley Rochereau and the grand maître Franco inspired him to start writing poems and snippets of song lyrics.

In October 1976, Kino settled in Paris and started studying law, and keeps alive through a variety of petty jobs. During lonely hours, he continues to write. With the years, his writing skills improve and the lyrics become more profound, surely because of the hardships of life he encountered in Europe. So after many years, he decided that it was time to sing the songs he had penned. In 2004, with the help of Nyboma, he entered Studio Harryson in Paris, but for financial reasons, the mastering was done a year later. He finally released his debut album « Invitation » in 2006, an album with refreshing Congolese rumba, crystal clear guitars and fine singing about love and more serious subjects than most of the younger Congolese musicians do. On the song « Apocalypse », Josky features as a guest singer, other guests are for instance Nyboma.

In 2009, he released a 4 songs CD, « Emotion » with nice solo guitar work by Caen Madoka on the second and third track, and by Mikoboy Tshikampa on track 1 and 4. Guest singers are Nyboma, Abby Surya and Suzuki.

It is refreshing to see someone who didn't grow up in the music business and wasn't member of any band before, produces two albums that are very much worth listening to and can even be an example for young Congolese musicians. 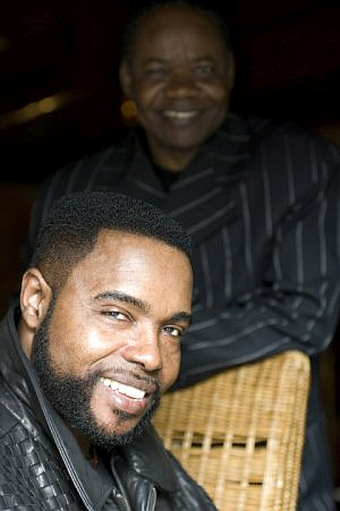