Biography
Bavon Marie Marie was the younger brother of the great Franco. In his short life, he became, at least in Kinshasa, a well-known guitar player and band leader in the second half of the 1960s. Often compared with Franco, his way of guitar playing sounded very much like his older brother, but he played in a different style, slightly more funky and uptempo. He was popular and an idol among a younger public compared to his brother. His flamboyant way of life, and his excessive skin bleaching was part of his life style.
Bavon Marie Marie had played in a few bands, among them Cubana Jazz (together with singer Bumba Massa), and Orchestre Jamel, before he joined Le Négro Succès where he became the lead guitarist. Négro Succès had been formed in 1960 by Vicky Longomba, himself former member of Franco's OK Jazz. Other members were Leon "Bholen" Bombolo and singer Hubert "Djeskin" Dihunga, both from OK Jazz, further there were sax player André Menga, rhythm guitarist Jean Dinos, singer Gaspard "Gaspy" Luwowo, bassist Alphonse 'Le Brun" Epayo, and drummer Samy Kiadaka.

After Vicky Longomba made up with Franco and he went back to OK Jazz, Léon Bholen became the leader of Negro Succès and together with Bavon Marie Marie they were idols of the late 1960s. Over the years, besides Bavon Marie Marie, saxophonist Empompo, vocalist Zozo Amba and second saxophonist Moro Maurice had joined the band, probably all in or around 1964. At the end of the 60s, Tshimanga Assosa, who would later go to Tanzania to join Maquis Original, and a young Nyboma were also part of Négro Succès for a short period, until the untimely death of Bavon Marie Marie. 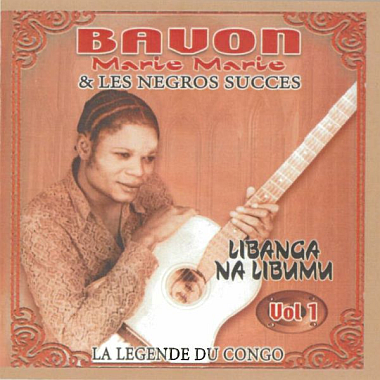 
On 5 August 1970, a tragic car accident took away the life of a young and talented guitarist. What happened exactly that day will probably never be revealed, but according to Graeme Ewens it started with a dispute with Franco whom Bavon accused of having slept with his girlfriend Lucy. During the dispute, Lucy left by taxi and Bavon pursued this taxi with his car and stopped them, took Lucy in his car and drove away at high speed, overlooking a parked army truck on the roadside. Bavon died immediately, and Lucy lost both legs. There are also reports of alcohol abuse and sorcery.
Franco was filled with grieve having lost his brother and he even retired temporarily from music. Franco would sing a few years later about his grieve in the song « Kinsiona ».

Two LP records of Negro Succes came out on the African label, and a few CD compilations in 1990s. Since 2004, the original tapes were released by the Luambo family, and for the first time with permission of the family, a series of CDs will be issued covering the legacy of Bavon Marie Marie.