Biographie
Bembeya Jazz was (and still is) the most famous orchestra of Guinea. It was founded in 1961 as Orchestre de Beyla, named after their home town in the South-East part of Guinea, far from the capital.
After a first album in 1962, they became known as Bembeya Jazz National and singers Aboubacar Demba Camara and Salifou Kaba joined the band. They won the first price at the national arts festivals in 1964 and 1965, subsequently, Bembeya became a National Orchestra in 1966.

Blending Guinean mandingo musical traditions with Cuban and Congolese influences, the outstanding voice of Demba Camara, and the guitar hero Sekou "Bembeya" Diabaté were the ingredients that contributed to their fame. Bembeya toured throughout Africa, and they visited Cuba as well as Russia in the 1960s and 1970s. They were the first in Africa to make a musical « Régard sur le passé » about the struggle of leader Almamy Samory Touré against imminent colonial rule in Guinea.
The tragic death of the lead singer Demba Camara on April 5, 1973 created a shock both to the African public and to the other band members. For three years, Bembeya didn't perform at all.

Around 1976, Bembeya started to perform and record again, with singers Youssouf Bah, Mory Kouyaté and Sekouba Bambino Diabaté. Until the second half of the 1980s, Bembeya was again very successful with songs like « Telegramme » and « Wa Kele ». Towards the end of the 1980s, things became more and more difficult for the band, and several band members started solo careers. Although the band was never dissolved, they performed only occasionally in Guinea.

In 1998, they were invited in Guinea to perform again at the celebration of the 100th anniversary of Samory Touré's death. Four years later, they performed on the Musiques Métisses Festival and recorded a first new album after nearly 14 years. 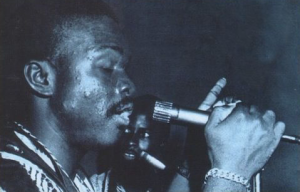