Biography
Dobet Gnahoré is a bundle of energy from Côte d'Ivoire. Daughter of master percussionist Boni Gnahoré, she spent a lot of time with her father in the cultural village Ki-Yi Mbock in Abidjan. At the age of 12, she rose her voice in the village and said to her father that she does not want to attend school anymore but rather staying the village, learning more about music, dance and theatre. Her father couldn't refuse. Soon, she participated in the youth band of the village, the Denmissen (children in Dioula) and performed during dinner concerts in Ki-Yi Mbock. In 1996, a young French guitarist, Colin Laroche de Féline arrived to stay in the village for three months, eventually he stayed for three years. Together, they created a duo Ano Neko (create together in Dida language) and in 1999, they settled in Grenoble (France), also for the birth of their first daughter. They started to perform here and there, but their first breakthrough was at the 6th MASA " off " festival in Abidjan in 2001, the local press wrote about a « grande découverte ». With producer Marcellin Yacé, Dobet and Colin recorded a couple of songs. Yacé was later in 2002 killed during the political upheavals in Côte d'Ivoire.

In 2003, the Belgian label Contre-Jour decides to work on a first album, that came out the next year, and carried the title « Ano Neko ». Success came gradually but steadily, due to frequent performing, consistent support from their label and of course the convincing performances. Dobet dances, sings, plays a variety of small traditional instruments, and sings in bété, fon, baoulé, lingala, malinké, mina or bambara, and uses styles from various parts of Africa, such as mandingo music, Congolese rumba, ziglibithy, bikutsi. Dobet's voice and her charisma make every concert into an impressive event. 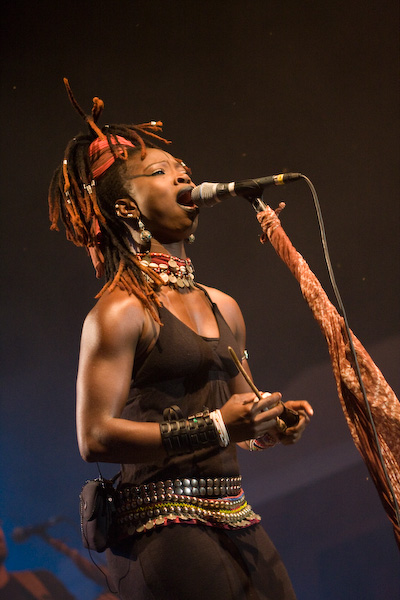 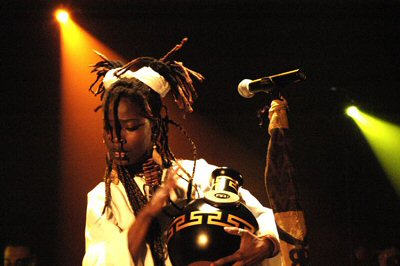