Biography
Ruth Kotto is a trained fashion stylist who started as a hip-hop dancer. Ruth was always interested in music and this became even stronger as her elder brother, the late Kotto Bass was successful and had several hits, among others with his cover of Tabu Ley's « Ponce Pilate ». As the youngest sister, Ruth asked Kotto Bass permission to start a career in music. Kotto Bass hesitated for a long time, because he knew the risks, even more for a young woman. In the end, Ruth started as a background vocalist for numerous Cameroonian artists. But then fate struck, her brother Kotto Bass died unexpectedly in November 1996.

In 1999, she arrived in France, and her career takes off soon. She worked with several artists from Cameroon and beyond as background vocalist, but made fame with her contributions to the various « Le testament du Makossa » volumes, revisiting the Golden Age of Makossa. In 2003, Ruth Kotto recorded her debut album « Dame de coeur ». The album was quite successful, and she has a few hits, notably « Ton pied mon pied ». The years after that, it becomes quiet around Ruth, family life must have kept her busy, she gave birth to two children. In 2009, she came back with an EP, which was also the announcement of a new full album. This album, « Bonam », was eventually released in 2013 as a self-production and is available on the usual streaming and download platforms. On the album, the various songs show that Ruth remains faithful to a solid and high-quality makossa. One of the songs, « Folo-Folo », is a reprise of one of her brother's big successes. 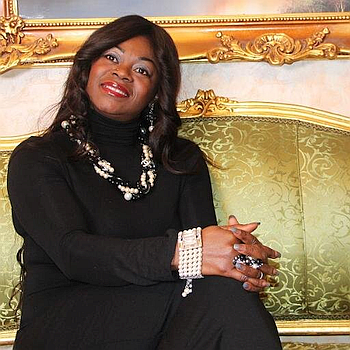