Biography
Jean-Pierre Essome is part of a younger generation of Cameroonian musicians that have combined makossa with Congolese influences. Since his first cassettes, his harder hitting music is extremely dancable and made furore in Cameroonian discos.

Still a part-time musician, Essome is working as a manager in the hotel sector in Cameroon. He started in the music business practically by accident, although he sang in a choir since young age. His first cassette was self-produced after a misunderstanding with a producer. Since then, he became increasingly successful in Cameroon. In 2000, he toured extensively in Cameroon, and in 2005 he was also starring in a Nigerian-Cameroonian movie « Before the sunrise ». 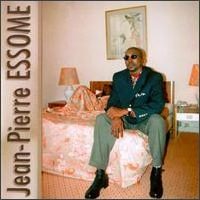