Biography
Chantal Ayissi was born in an artistic family, her father Jean Baptiste Ayissi Ntsama was a boxing champion (he died in 2016), and her mother Justine Honorine Eyenga was miss Cameroon in 1960, the year Cameroon gained its political independence. Her brothers and sisters are engaged in dance, modelling and fashion designing, like Imane Ayissi. There are also Jean Marie Didère Ayissi, solo dancer at the Opéra de Paris, Ayissi le Duc, dancer and choreographer of the Ensemble National du Cameroun, and her twin brother Josué Ayissi, boxer, but who died years ago. So it is far from surprising that Chantal started to dance in the Ballet National of Cameroon.

In 1990, a first album « Africa » came out. She used to sing in Bikutsi style, but she increased her popularity when she began singing bikutsi songs to zouk rhythm. Her third album entitled « Diva » (1996) was a big hit. Her 2002 album, « Renaissance » offers a mix of bikutsi, makossa, but uses also samples and Hawaiian guitars. Chantal has been married to another Cameroonian artist, Romeo Dika, but they divorced years later. She lives in France nowadays and a new label Claudia Sound is working on her promotion. 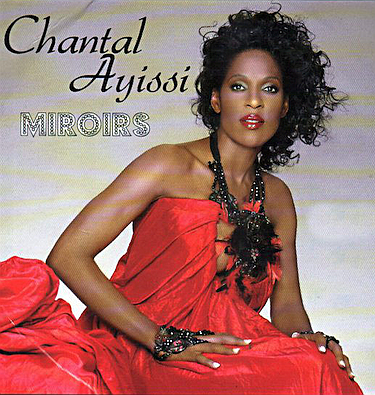