Biography
Negramers is a young group formed by rapper Armand and singer Bam. They call their music afro R&B, but there are lots of influences of West African music, reggae and hip hop. In 2001, they made a first cassette which was quite successful in Burkina Faso. Their latest album « Mam'Afrik » which came out in 2004 and was recorded in the Studio Hit Digital Production in Kumasi, Ghana. The album, available as cassette and CD, shows a high level of production and sound quality and should be able to appeal to a wider public outside Burkina Faso. Very soon, they made a successful promotional tour in Gabon.

Rapper Armand Soura was born in Bobo-Dioulasso, the economic capital of Burkina Faso. He started rapping at the age of fourteen. He founded several groups of rap, among them BPN Possie and C. Gond Phaz, denouncing discrimination at school between 1993 to 1998. In 1998 he left his hometown to the East to finish his baccalaureate degree, and where he met Bam during a local radio interview. It was the beginning of the formation of the group Negramers.

Singer Bam BB is a young Burkinabe born in Kumasi, Ghana. As a child he attended Anglo-Islamic school until he was eleven. He started singing in a school choir. He left Ghana at age of seventeen and settled in the hometown of his family in Burkina Faso. In order to acquire more knowledge of life, he went for adventure in Niger, Libya, Mauritania and Mali. Over the years, he decided to come back home and stay in East Burkina Faso, where he established a barber shop in 1996. During this time, music became more and more important in his life, which he developed further after he had met his colleague Armand. Bam speaks eleven languages among them French, English, Arab, Hausa, Dioula, Moore, Ashanti, Bisa... 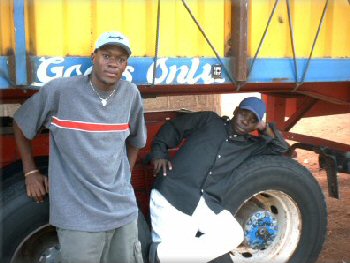