Biography
Sonia Carré d'As started her music career in Abidjan, Côte d'Ivoire. From 1991 to 1996, she studied music at the Institut National Supérieur des Arts et l'Action Culturelle (INSAAC), the arts school of Abidjan. Already during this period, she recorded two cassettes, « Carré d'As » in 1992 and « Ingratitude » in 1996. After that, she went back to Burkina Faso where she was eventually nominated twice (in 2000 and 2001) for the Kundé d'or musical award, which she won in 2001. By then she had already been recording a third album « Tounga », produced by star producer Boncana Maiga. He is also responsible for her artist name Sonia Carré d'As, named after her first hit.

The album « Tounga » (Tounga stands for adventure) was released internationally in 2002, and is still her only album that has been widely available. The album offers a variety of styles, from the funky title song that slides into a very dancable (but too short!) Congolese-style "sebene", to the Ivorian style « Dji Woyo » and a solid afro zouk tune « Awou Ye Ben ». The track « Yala Ba » is an up-tempo mandingo song much in the style of Boncana Maiga-Ibrahima Sylla, and « Touré » is a strong track sung in French about a man playing around with various women, spending money and having fun, thus missing the real meaning of life. The chorus line: "...Touré, tu as perdu la tête..." (Toure, you have lost your head!) and further on: "l'homme a perdu la raison, la femme a quitté la prison..." (the men have lost their senses, [but] women have shaken off their chains) must have been a craze on Burkinabe dance floors! The song ends in a Congolese sebene, complete with "atalaku" style animation.

In 2007, she has released a new album, « N'kanou » that is also digitally distributed outside her home country. 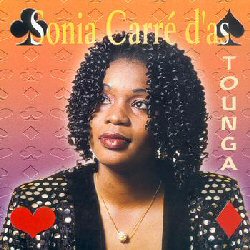