Biography
La Compagnie Sokan is a group of four percussionists based in Strasbourg, France. Three of its members, Issa Dembelé, Pazo Diarra and Drissa Diarra are originating from Burkina Faso, the fourth member, Anne-Yolaine Diarra is from France, but of Russian origin (she is even one of the descendants of the famous writer Tolstoi). All four were percussionists in a group called Dankan, also active in Strasbourg at the end of the 1990s. After the break-up of Dankan, the four percussionists created La Compagnie Sokan in December 2002. In 2002, a CD « Faso Kan » came out when still they will together as Dankan. As Sokan consisted of the same musicians, the same album is now presented as a Sokan album.

The group is mastering numerous traditional West African rhythms, be they from Mali, Burkina, Côte d'Ivoire or Guinea. On the CD, they play for instance the Kassa rhythm from Guinea, a rhythm to incite villagers to work on the fields. Some other rhythms on the CD are:
Diansa: festive dance of the Mandingo;
Guinafaré: women's dance of the Soussou in Guinea;
Fladon: dance of the Peuls (Fula);
Denco: Malian dance;
Dunumba: rhythm from the Hamana region of Guinea.

The album sounds as if a much larger ensemble is playing on numerous percussion instruments and the variation in styles and rhythms makes the album less monotonous as many other percussion albums. The richness of the album can be explained by the experience of the members of Sokan. For instance, both Pazo Diarra and Issa Dembélé have played with Djolem and Yelemba before forming Dankan. 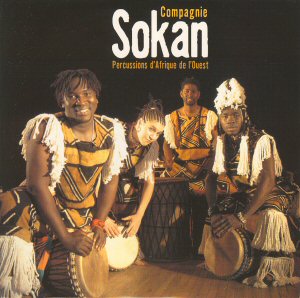